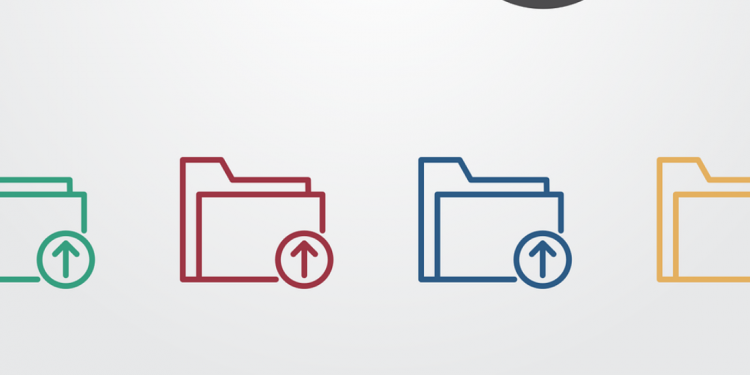 If you are doing registration, you might need to have multiple files to be uploaded to your server. So how to do spring upload multiple files is what I will be showing you.
END_OF_DOCUMENT_TOKEN_TO_BE_REPLACED

* You might ask isn’t jQuery javascript? Yes indeed you are right, but jQuery is a framework making javascript programming a lot easier.

When I say plain javascript, or as some are calling it old school javascript, I meant to use the same task without using jQuery.

Select box is one of the most used HTML element along with text input, radio option and the like.

Select box will allow you to provide dropdown options where you can select one or more items from it. You can make the select box to allow multiple selection using multiple attribute

END_OF_DOCUMENT_TOKEN_TO_BE_REPLACED

If there is an image change on the same file name, say logo.png or front.jpeg, the change won’t happen right away unless you force refresh it on browser to clear the cache.
The problem with this one is when you have dynamic updates and your users couldn’t see the change right away b/c of the cache.

The simple fix for this would be appending version at the end of the file name. Like your original html would look like:

Then appending the version at the end

For any backend it would be easy to append the versioning when the image is presented. It could be random number or unix timestamp would work in this case too..

If you are generating the images from javascript, say based on the json response, you can do

Shall do the trick. I used jQuery her but, it is not limited to it..

CSS Classes, as we know are the main drivers in the UI. Since we have only one id per element, our arena or tweak on that area is almost limited.
But classes are possible to be deployed multiple times per element and we can apply independent actions per classes..
Now, when you have two classes assigned and you want to single out that element having two classes in jQuery you would do

Without any space in between.
Common usage would be with javascript where you would take and put classes based on actions.

If you have upgraded jQuery to 1.9 then you would have dreaded Uncaught TypeError: undefined is not a function would be barking at you on your javascript console.

The fix
According to the jQuery site, you would need to replace live with on

Say if you have:

Then you would have to change this to the new version using on as follows.
*The current on will be passed the event owner as a parameter so, we have to have a way to know the parent of the event owner, in this case the object with class selector-class-name.
If we don’t know the parent we can implement body tag

This shall take care of the problem.

So, your jQuery bind is working OK on all browsers and not in firefox?

At least in my case, it worked on chrome and not on FF.

Let me put it using example:

this snippet works fine in chrome and others. but in firefox it is NOT.

The culprit is in passing the ‘event’

Did you add the date picket and it is missing the arrow for next month/year navigation?

I have been there – yea, jQuery missing the arrow for year and month navigation.

If you add the date picker on your project and for some reason you are not seeing the arrow for navigation, do the following:

The above is the solution for missing the arrow image in jQuery navigation.

You want to learn nodeJs and Angular in minutes? See this step by step guide

Selecting an element with multiple classes? Check this out

Did you upgrade and production is broken? Here is the fix

JSON [JavaScriptObjectNotation] has become the defacto standard for web-consumers these days.

I also interact with it in a frequent manner.

The major usage might be when you are interacting with API based websites. Even though there are multiple response types, json is one of the most widely endorsed these days.

Based on the response you can apply it to different parts of the web app.

When would I be using json for select boxes?

Lets say you are calling an API to give you the list of available cars and the API would return the result in json format.

Then you can use that response as a selection in select box or you can also list it as options to be checked in the form of checkboxes and the like.

I will try to give some simple example on using JSON with old school javascript and jquery.
Lets have the following JSON for our example:

Assuming there is select box with id “dynamic_slct”

As simple as that, the ‘cars’ should be available on the page being accessible to the javascript that is populating the options. If you are working on PHP, for example, spitting the json_encode(array) would provide what is needed for this

Thanks to JQuery, handling javascript has never been easy. Bigger things while working on the client side would be querying the DOM for specific components. Among the tremendously many options, I would discuss the find and filter.
For illustration of the discussion let’s have the following example HTML:

Find, like the filter would provide elements and unlike filter, it would apply filtering on the children of the given component. Here is an example

This query would select the ‘p’ tag under every div element and would apply the class ‘border-it’ to the ‘p’ element only. Which means, it would iterate on the given condition on the parent component.

Finding all the bolds and underlining them would be:

Also, this can be done ins succinct way as:

How about if we want to select both the parent and the selected child:

In this case the handy method andSelf() would be there. Say if we want to border only the bold text and that of the enclosing div, we would have:

jQuery seems the new player as far the client side manipulation is the issue. I had always thanked JavaScript for allowing us to do the dirty job on the client side starting from validation to amazing animations and magics – as it was seen on the Google earth, we should due credit.
Then comes Ajax, yup I have loved and played with it and it is so logical. Why do I have to submit the whole page while the intension is to submit only, say, a single value like an email for subscription. Of course it has done even more than that.
And now, jQuery which is a bundle of the two nice tools. JQuery is collection of JavaScript libraries that would make coding easy, fast navigation experience and almost a shortcut to Ajax.
The functions in the jQuery are human friendly and easy to remember.
It is possible to access an element only, or a group of elements or elements under the same class in easier way. Above all uses nicely callback functions – cooool.
All one has to do to start jQuery is to download the library from http://docs.jquery.com/Downloading_jQuery and locate it like any other JavaScript code:
Following this, be ready to plough. The main character in play would be the jquery object itself. Accessing it could be done either by directly calling it or using its alias($) – which is the custom to go. How it does is: first it would select single or group of elements and then apply tasks like editing, hide/show, replacing, assigning new style and many more. Let us use the following simpe XHTML code for illustration

Basic jQuery statement would have the following format:

Here the ‘$’ is an alias for the jQuery object, document is the representation of documents as in DOM. The ready method makes sure if the page is ok to proceed or not.
function() inside the ready() method is the callback function. The beauty begins here, we can define any function of our own as we like.
Lets remove the highlight style from description and assign it emphais
The first part “p#description” would select the paragraph with id description. Had it been “p”, it would select all paragraphs.
In this particular case it is also possible to say (“#description”).
removeClass and addClass are self-explanatory.
The chaining is possible as a dot operated methods because each selection would return an object.
Remember how to toggle in JavaScript? Had to use if .. how about in jQuery.
Lets make a click on the first paragraph to hide and show the second paragraph.

That is all. A single line would keep our fingers from being tired.

The above snippet shows only one paragraph at a time. But it shows them alternatively.

This is just to give a very highlight about jQuery. There are a lot of things especially on the selection area.

The following are are good sources of jQuery tutorial and references
jQuery.com
http://www.devx.com/codemag/Article/40923/0/page/1
http://roshanbh.com.np/2008/03/jquery-benefits-examples-free-ebook.html